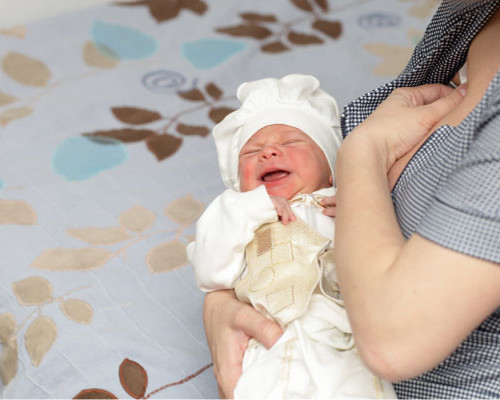 So, I had a relatively rosy view of what breastfeeding would be like prior to birth. I thought of it in warm sepia tones with sun shining through the window as I smiled down at my new little pleasantly plump bundle of joy. I think I had a relatively normal difficult time with nursing in the beginning. I didn’t get mastitis. I was able to breastfeed after birth, and I didn’t have any major complications preventing me from doing so, such as surgery or anything traumatic like this. But it was still really hard.

My daughter didn’t have a good latch. I visited lactation consultants, and they showed me pictures of what a good latch should look like, but I just couldn’t get my daughter’s latch to replicate what those beautiful pictures showed. Instead, I was getting bitten ferociously by her little mouth as she desperately searched for food. Those gums can be surprisingly strong, especially on tender skin. My breasts would become engorged, and I had constant worry about whether she was getting enough food. I visited breastfeeding support groups at the hospital, but the group was so big that there was never enough time to get to everyone for one-on-one support.

One low point was in the middle of the night trying to manually express milk by hand into an infant medicine spoon as I cried and my husband helped to get it into her open, screaming mouth… at least enough to get her to calm down so we could try to breastfeed. After a couple of weeks of this, I tearfully tried a nipple shield and felt such overwhelming guilt and inadequacy over this. Why couldn’t my body do what others made look so effortless and beautiful? But, with this assistance, she was able to latch on and get milk, so I got over myself and was happy that we could have calm breastfeeding sessions instead of the ones where we both cried.

As with all aspects the birth community that you build for yourself, I would recommend locating a lactation consultant that you really connect with if you’re having difficulties. The lactation consultants that I met with were knowledgeable and supportive, but they were so busy and part of the corporate hospital where I received my care, that they just didn’t have enough time to help each woman thoroughly enough.

Then, when my daughter went in for her four month appointment a week before I was scheduled to return back to work, I found out that she was not receiving enough milk even though we were breastfeeding frequently. She just wasn’t putting on weight normally and was in the second percentile for her weight. I’m not usually one to worry about percentiles, but this low number scared me. The doctors felt the use of the nipple shield had caused me to produce less milk, so I began taking herbal supplements, drinking obscene amounts of water, eating oatmeal several times a day and pumping after every breastfeeding session. This is incredibly hard to do when you are home alone with an infant. I was not prepared for this difficulty prior to having a child, not that preparation would have changed much.

Who was supposed to hold the baby during all of that pumping? The storage of breast milk we had in the freezer dwindled to nothing after only a couple of days, and we had no choice but to supplement with formula by the time my daughter grew to be five months old. I tried melting a little coconut oil into her bottles to try to get her weight up.

Why do doctors say to parents, “The baby needs to get enough fat in her for healthy brain development.” Seriously. Why?

As if the level of worry weren’t high enough already. I pumped while I was at work, but sometimes nothing came out…sometimes less than an ounce. Then at six months, we began feeding her solids the same week that she cut her first tooth, and it was like we turned a corner. Within that week, she stopped biting me, and she latched on perfectly for the first time. From there on out, we looked like one of those fuzzy sepia-toned picture of a mother and child, but those first six months were brutal.

This post is an expanded exert from 9 Things I Learned About Early Motherhood.