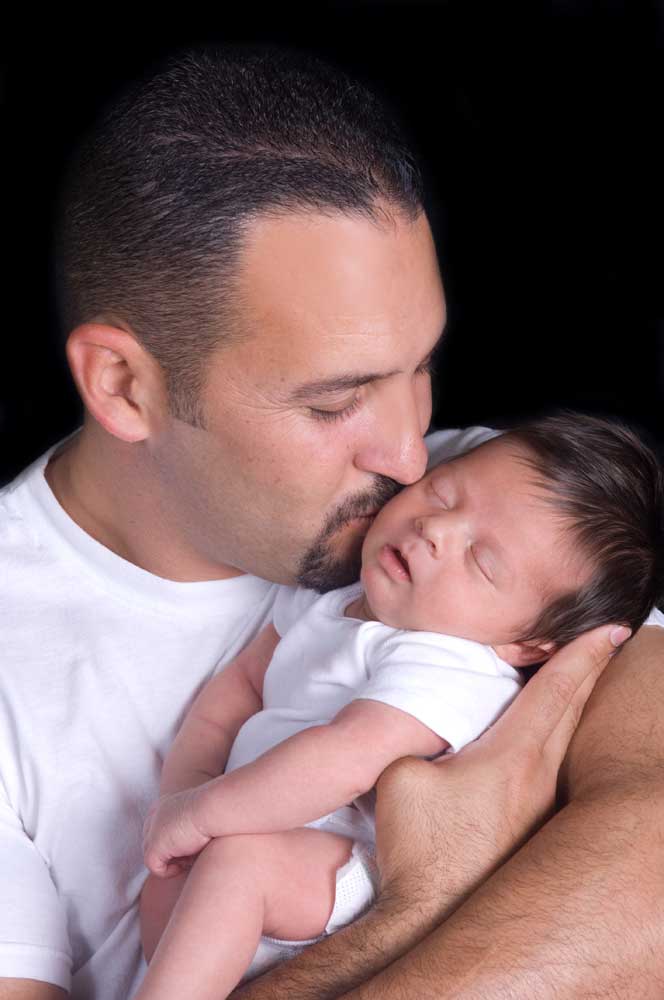 I’ll admit it (and have the photos to prove it)—when my wife rounded the corner at our wedding and I caught my first glimpse of her in that beautiful gown, I burst into tears.

When I proposed to her behind a firehouse by a lake, I cried as I asked.

When each kiddo arrived, I cried.

For those of you still with me, thank you. It’s a tough thing for men to openly admit their emotions. Society has dictated that men are strong and stoic. Granted, yes, the times mentioned above are emotion-filled instances. They are full of love, and love is very strong. I’m sure I’m not the only man who, at least once, has shed a tear or two at the sight of their beloved.

I cry every time I watch The Polar Express. (And don’t even get me started on Titanic.)

For those of you still with me, thank you…

Every year, after the Holidays, I feel a bit down. I love the music, the specials, the lights and the tree and the magic of the season. So when the radio stations do that sudden switch from holiday favorites back to the Top-40, and Rudolph and Frosty and Charlie no longer appear in the evening line-up, I’ll admit I feel a little down.

Like all the aforementioned things, some men are probably in the same boat, others far from it. We’re all different, and that’s awesome. So, where I am headed, like all else, will jive with some and not-so-much with others.

Think again about the holidays. The magic, the music, the cookies and cakes and fudge. The tree that is here now but gone tomorrow. The buzz at the stores and at work and at parties. Now apply it to pregnancy. The excitement and anticipation—the magic. The beautiful belly which grows and swells and then is gone. The buzz seemingly everywhere you go. The cookies, the cakes, the…er…let’s move on.

Those external factors, like post-holiday blues, are all real. And while some may feel a little sad as the tree comes down for another year, others are thankful it’s over—either reaction is normal and fine. I’m one of the “twinge of sadness” types. It’s just who I am.

Internally, men change too. As a woman changes and creates Little One and then goes from pregnant to full-blown mommy, her hormones change and adapt to create milk, to nurture and encourage growth, and to help mother and child bond. These same things happen to dads, too. Not that I recommend you go out searching for nursing pads for yourselves, but as fatherhood approaches, hormones shift so that dad can adapt sleeping patterns for those night-time wake-up calls. Our own midwife encouraged that after my son was born I hold him (like mom) skin-to-skin. This would increase the flow of Oxytocin (the love hormone) would help us regulate body temperature and heart rate together, but also to bond.

These same hormones, though, are tricky things. I noticed it when certain things which would never have bothered me before fatherhood really got to me—and stayed with me. The dramatic change in sleep patterns (and reduction in sleep hours) made it difficult to function, affected my immune system, and made me much more irritable and short-tempered than I’d ever been before. Mom nursed beautifully but Little One fussed and fought when I tried for a bottle, making me feel not only frustrated, but—oddly—useless. Lost. Like a bad parent.

That there was a big one. I was often left alone with our Little One and faced great frustration. Unlike mom, who could nurse if Little One got tired or hungry, I—not equipped with that ability—had to dance with kiddo, rock, try a bottle. Sometimes it would work, sometimes not—and those “not” times brought along feelings of frustration, anger, and also—as previously stated—uselessness. It’s horrible to be holding your child who you can’t seem to soothe and feel like you’re doing something wrong. Like you’re not a good parent.

These feelings can lead to arguments, detachment (wanting to be anywhere else but there), and really shake-up the foundation of things (and that foundation which was once just you and your beloved has already been shaken up enough as it is!). The changes which began with a stick which read plus or minus (or pregnant/not pregnant) and continued through swelling bellies and painting nurseries, they have just begun once baby arrives—and that, alone, can be quite a shock to the system.

So what do you do? Back to the Holidays metaphor—it’s not exactly practical to leave the tree up all year. Like it or not, the radio’s probably not going to surprise you in April with a sudden 25 days of holiday music.

First and foremost—never let anyone tell you to simply “snap out of it.” What you are feeling, experiencing, all of it is real. And until they have experienced it for themselves, others simply don’t know or understand. Second—as a man, try (try, try, try) to tell yourself it’s okay not to be a Warrior. You’re not a Klingon or a Vulcan—it’s okay to experience emotion. It’s okay to cry or scream or feel scared half-to-death. Your life—like mom’s—has changed dramatically. And no, you may not have been the one with the ol’ bun-in-the-oven for 9 months, but your world has evolved and changed and will continue to change once baby has gone from womb to world. You’ll laugh and smile and feel pride unlike you’ve ever felt. But you may also feel down in the proverbial dumps for days, weeks, even months. (And if it becomes a problem and seems to be lasting for longer than is bearable, it is perfectly okay to seek out a counselor to talk to and get these feelings out into the open in a safe, non-judgmental environment.)

Talk to friends. Talk to OTHER DADS. This, at least in my experience, seldom happened. Moms had their “Night Outs” and some of the dads did too—meeting at a sports bar after work for a beer. But I asked my wife how much time during those Mom’s Night Outs was spent discussing kids and she said a fair amount. Dads? Very little. The time was—and is—an escape. And it should be! There’s nothing wrong with that! But time is also needed to ask questions and field frustrations and worries. So grab lunch with your fellow dad co-workers. Hit up a couple batting cages and discuss diaper concerns in-between hits. Grab that beer at the sports bar but feel okay about asking during a commercial how they’re dealing with teething. And you know what? If you’re sad, or scared, or worried, or frustrated—say it. Chances are he’s been there too and that camaraderie will make a huge difference.

Back at the ol’ homestead—keep talking. Communicate. Leave notes for each other, use a pat on the back to reassure one another, don’t forget to hug and kiss and smile and work together. Be a team. Support each other. A very wise man (I call him my dad, actually) reminded me recently, “Your first priority is to each other—even before the kids.” This same man also told us at our wedding (this was after I cried from seeing my bride, by the way), “Take care of each other.”

So when the music’s stopped and the tree’s come down—know, wholeheartedly, that it’s okay to feel sad. Lost. Like there’s not anything concrete—like a date on the calendar—to look forward to in the near future. But there is a lot of time ahead filled with blank pages waiting to be filled. Dry the eyes, crank up the Top-40, and give it all you’ve got.

Bringing Your Preemie Home: 10 Ways to Have a Smooth Transition From the NICU to Home

Nourish Yourself – Why HOW We Eat Matters