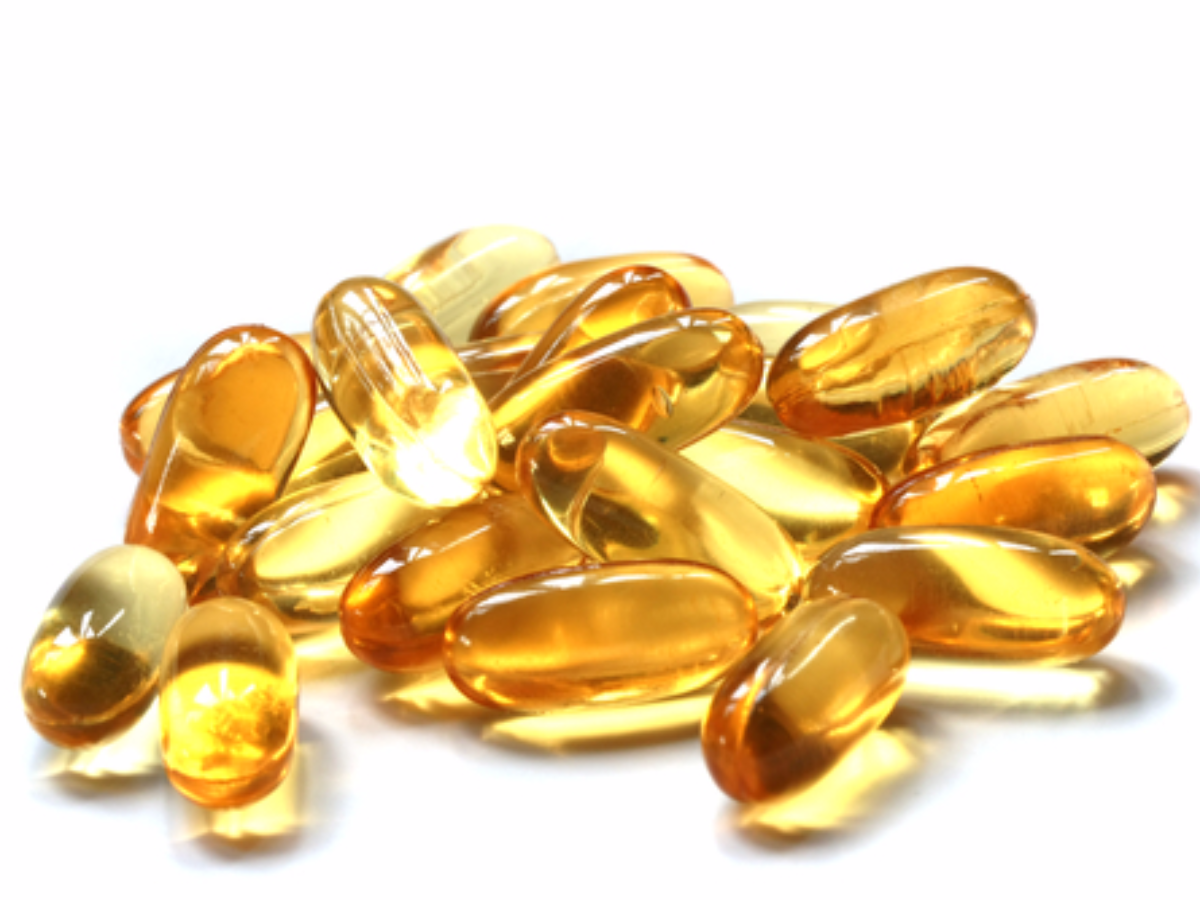 Many of the fad trends in foods can come off so confusing and misleading to moms. It becomes so frustrating to women, especially with the lack of information from medical professionals, as to what is really important during Pregnancy and Breastfeeding. As a Registered Dietitian Nutritionist that is specialized in this field, it is a passion of mine get the word out there on some very important topics, with my favorite one being Omega-3 fatty acids (omega-3s). This fat, also known as DHA, and has become a passion of mine over the years. The more I researched its importance and how much of an effect it can have on both the mother and the baby, the more it became a mission of mine to let people know just how important this fat really is.

Well, what is an omega-3? We hear DHA, omega-3 and all these wordings that are confusing!

Omega-3 and omega-6 are polyunsaturated fatty acids (PUFA) that are essential by humans since they cannot be made by the body, only through foods. All omega-3 PUFAs start as α-linolenic acid (ALA) and all omega-6 PUFA start as linoleic acid. You want to have a ratio of 1 omega-3 fatty acid to every 4 omega-6 fatty acid. The more omega-6’s you have for only one omega-3, the worse it is. Some people have a ratio as high as 1 for every 15 or 1 for every 20, that’s scary!

Why? One of the reasons is how it throws off your immune system. Lets pretend you have a cut, when you have enough omega-3’s, it acts like a Band-Aid, it tells your immune system, “Hey, we have a cut, lets deal with this.” Now, if you had a bad ratio, and don’t have enough omega-3’s, for a little cut your body thinks, “WE NEED AN AMBULANCE!!! HELP!!! SEND IN THE MEDICS!” and completely overreacts to that same little cut. Your immune system is simply not balanced and will tend to overdramatize problems. Just one of the many issues associated with omega-3 deficiencies.

Now I know earlier I stated, DHA and Omega-3, what is the difference? ALA is found in nuts and non-animal fats. In the human body we convert ALA to form eicosapentaenoic acid (EPA) with specific enzymes, and through more of the same enzymes EPA becomes docosahexaenoic acid (DHA), (Kremmyda, Vlachava, Noakes, Diaper, Miles & Calder, 2011). It is almost like an upside down pyramid; only a certain percentage of ALA becomes EPA, and of those even less becomes DHA. DHA can be found in fish, where the body wouldn’t need to convert it, since it is already in that form. DHA is really important for the brain and organs in the body, while all omega-3s are important, you do want a good amount of DHA. Now that we know what it is and what the differences are, lets talk about why it is such a big deal.

The first concern for me was finding out that DHA intake and blood levels of DHA in the United States are among the lowest in the world (Mahaffey, et al., 2011). The average DHA percent of total fat in America was 0.15%, the only countries lower were Pakistan, Canada, and Rural South Africa (Brenna, Varamini, Jensen, Diersen-Schade, Boettcher & Arterburn, 2007). The countries with the highest DHA were Japan, Canadian Arctic and Dominican Republic (Brenna, et al., 2007). The American diet over the recent years has changed drastically, with decrease in all dietary fats and increased trans-fats that are harmful (Morse, 2012). The concern that so many individuals are inadequate compared to the rest of the world is a red flag indicating that more focus and research should involve the implications and prevention of inadequate omega-3 intake.

This is where the fire inside me ignited, from working in the field and working with hundreds of women, I also noticed these trends to be true.

I created a survey to determine how many of the women that came to me were meeting these needs. Of all the 30 women I surveyed, either pregnant or breastfeeding, not one had sufficient Omega-3s in her diet. This was heart breaking! Why was it so disturbing to me? Well, lets review the benefits.

The reason behind many of these benefits is due to the omega-3 fatty acid’s many functions. About 60% of the brain is composed of fat and the most ample amount is the long chain polyunsaturated fatty acids (LCPUFA), which permit normal function (Morse, 2012). DHA is needed for nerve cells, specifically cell message transmissions, forming secondary messages and response to neurotransmitters (Morse, 2012). It has been shown that DHA is important in decreasing scaffolding protein losses and lipid peroxidation, which helps maintain the physical structure of the brain (Morse, 2012).

It has been shown during the second half of the pregnancy and, furthermore after the birth of the child, DHA concentrations and DHA stores start to decrease (Luxwolda, et al., 2012 & Bergmann, Haschke-Becher, Klassen-Wigger, Bergmann, Richter, Dudenhausen, Grathwohl & Haschke, 2008). DHA concentrations decrease at a steady pace during the months postpartum, however experts agree that consuming 100 to 300 mg of DHA a day would be preventative since mothers dietary habits are the main form of omega-3s in breast milk (Bergmann, et al., 2008 & Lattka, et al., 2011).

Fish and shellfish are considered to be a major source for omega-3s, though they are also a major source of methylmercury (MeHg), a neurotoxin that has been known to negatively target fetal brain development among many other negative side effects (Mahaffey, et al., 2011). It has been revealed that 6% of women of childbearing age exceed USA Environmental Protection Agency’s Reference Dose (RfD) for MeHg (Mahaffey, et al., 2011). The reason for the consumption of seafood, regardless of the MeHg content, is due to the high omega-3 amounts. Fish and shellfish cannot synthesize omega-3s; however their main food source, algae, can synthesize these essential PUFAs (Mahaffey, et al., 2011). Through the high consumption of algae, fish, and shellfish have become a very good source for essential omega-3s DHA and EPA.

While omega-3 is such an important component of breastfeeding and the infant development, it needs to be a priority to ensure that we have adequate sources. With the uncertainty of what seafood is safe, many pregnant women and breastfeeding women are advised to avoid these food sources. This is unfortunate since a high consumption of omega-3s is such a valuable part of infant development in the United States. While all Americans are at risk for omega-3 deficiency, some are at even greater risk of deficiency due to being vegetarians, distaste or inadequate seafood consumption, refusal, or incapability of taking fish oil supplements. Vegetarians and vegans are known for having diets with inadequate omega-3s (Morse, 2012). There needs to be more research for alternatives for breastfeeding women besides fish and shellfish. There are also genes that can make a woman have poor omega-3s regardless of her consumption. There are tests offered that you could determine if you have these genes, contact me for more on this.

So, what can you do? My recommendation is to consume more fish that are low in mercury often. You might hate me for saying this, but sardines are my favorite recommendation! Another great alternatives are caviar, wild salmon, or haring. Some non-fish foods that I recommend are chia seeds, flax seeds, hemp seeds and walnuts.

To help start off your omega-3 diet boost, I have added a recipe:

Put all the ingredients in a good quality blender. Add only 1 cup of water at first, and then slowly add ½ cup until it is the consistency you desire. You can also add a cup of ice instead of one cup of water if you like it chilled. Enjoy!

What is a Birth Plan Exactly?

Conscious Birthing: What is it and how do I do it?

How to Interview a Doula